Managers and administrators of the Saturnia Regna Pension Trust Fund say there is no business resolution or transaction that they implemented without the knowledge of the Board of Trustees or outside the provisions of the Trust Deed.

But an investigation revealed that the two companies are directly owned by the same people either as shareholders or directors, contrary to the Pension Trust provisions and operating guidelines which require that the Fund Administrator must be independent of the Fund Manager.

In a rebuttal against the negative publicity that the Pension Fund has attracted recently, the two companies today issued a statement where BenCon and Aflife executive directors Geoffrey Musekiwa and Bryson Hamanzuka gave a detailed explanation of the Pension Fund operations.

Musekiwa and Hamanzuka explained the offshore investments that the Fund has made, claimed a clean property investment portfolio and clarified the matters which were before court, but avoided touching the thorny issue of why the Fund Administrator and Manager are principally the same.

“Following various articles recently published on various online social media platforms, we now formally respond proffering further context to the misleading statements that have been published in the media thus far,” the statement read in part.

“Context of the Relationship between Saturnia Regna Pension Fund and the Fund Managers (Aflife) and Fund Administrators (BenCon) and its predecessor companies have managed the Saturnia Regna Pension Fund since its inception in 1992, growing it from an initial 7 member schemes (participating employers) to the current level of over 140 member schemes with a general membership in excess of 35,000 employees.”

The two companies stated that there was no transaction that they were involved in without the approval of the Board of Trustees who represent the Fund contributors.

“The media articles claim that the Fund Managers carried out certain transactions without the knowledge and approval of the Board of Trustees. Decisions made by the Fund Managers on behalf of the Fund, like any other regulated pension fund, are implemented within the provisions of the Fund; thus the Trust Deed, the Management Agreement, the Investment Guidelines, the Service Level Agreement, the Pension Scheme Regulation Act (1996) as well as the existing regulation including Statutory Instrument No. 141 of 2011, collectively referred to as various governance documents,” read the statement.

“These governance documents, read together spell out clearly what the Managers can and cannot do without the approval of the Trustees. We have records of all proceedings in the course of our interaction with the Board of Trustees as well as the Board Committees, including specific resolutions to give effect to the referenced transactions, while the rest are covered in the minutes of various proceedings. Both the Regulator and External Auditors as part of their inspection and audit verification processes have reviewed these transaction documents. It is unlikely that the Board of Trustees and various Board Committees would overlook the Fund Managers allegedly hiding all the information pertaining to these transactions and of such significant value at any given time.”

They stated that the Pension Fund operations were regularly audited.

The Pensions and Insurance Authority (PIA) Inspection Report for the period ending 31 December 2015 can provide further insight on how the matters relating to the Fund’s investments have been resolved in the past and/or were proposed to be, and have since been resolved for the current inspection observations,” stated Aflife and BenCon.

“Aflife has invested in offshore equities and fixed income on behalf of its various clients, including the Fund, which as the PIA alluded to in their press statement are an important component in diversifying investments and managing risk as authorised under the Act. The offshore Service Providers that Aflife deals with include Blackrock Global Equity Income Fund and Sanlam BIFM Global Equity Fund. These are globally renowned institutions that are domiciled in strictly regulated markets, and to be taken on board as a client requires the Fund to go through a rigorous vetting process to ensure compliance with among others, international anti-money laundering, anti-terrorist protocols,” read the statement.

“For further information on the appointed offshore managers, visit the following websites: www.blackrock.com; https://www.bloomberg.com/quote/SBWEFAU:ID; and www.bifm.co.bw.”

The two companies then advised the public to take interest in checking the property investment portfolio of the Pension Fund.

“A minimum of 70% of the assets that we manage on behalf of our clients, including the Fund’s assets are held locally in a well-diversified portfolio including property, money market instruments and equity. We further confirm that all assets of the Fund, as is required by Trust Law and the Pension Scheme Regulation Act (1996) are correctly held in the name of the Fund or Registered Trustees. Interested members of the public can inspect the Lands and Deeds Registry for property verification and the Lusaka Stock Exchange (LuSE) for stocks,” read the statement.

Regarding court cases, Aflife and BenCon said there was no employee of the Pension Fund who was facing trial.

“Aflife sought court relief after careful examination of the provisions of the governance documents and having judged that the Board of Trustees in the decisions that they had taken pertaining to our relationship was not following the provisions therein. There have been several media articles written by Mr. Expandito B. Chipalo, maligning the Fund Administrators pertaining to the plight of some former BP employees not receiving their pension benefits from their ex-employer. We understand this is a court case between the ex-employees and the ex-employer and since this matter is currently before the courts of law, we hence are unable to make substantive comments, other than to clarify that Aflife, BenCon or Saturnia Regna Pension Fund are not in any litigation with the ex-BP employees. We can confirm that a staff member from the Fund Service Providers was compelled to provide some administrative information required by the courts as a witness before the courts, but this witness is not on trial in the matter.

They further welcomed a directive from Finance Minister Felix Mutati for the Pension Fund to be audited.

“We thank the Minister of Finance for directing an audit of the Fund, which will provide a platform to validate the credible operations of the Saturnia Regna Pension Trust Fund and we confirm that we will fully cooperate with the appointed auditors to ensure that they are availed all information required to conclude this exercise within the set time frame. We also thank the sponsoring employers and the individual members for remaining patient during this unsettling period,” stated Musekiwa and Hamanzuka. 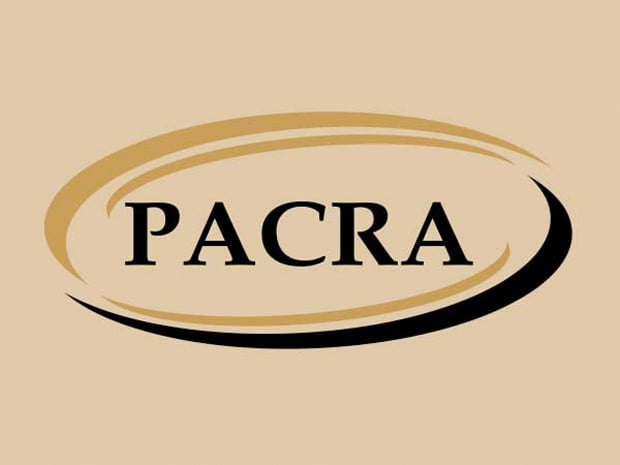 But the puzzle of how the two sister companies are managing the Pension Fund contrary to the operating agreement remain unresolved.

According to PACRA records, prominent Zambian businessmen are directors or hold shares in African Life Financial Services and Benefits Consultants Services, directly or through a company in which they hold shares directly.

Saturnia will be ordered to recall externalized funds – Mwanakatwe