Local farmers have no capacity to meet vegetable demand – Siliya

Speaking when she officiated at the stakeholders’ consultative meeting on fruits, vegetables, and livestock sectors in Zambia yesterday, Siliya noted that her ministry received a request from ZNFU in December 2016 to remove certain products from the importation list.

“The list included bananas, wheat, Irish potatoes and frozen potato chips. ZNFU also included that we impose a five per cent duty on potato crisps that were imported. From the Livestock, they requested that we must ban chicken imports, beef, milk powder, processed meat, long life milk, and margarine among others,” Siliya said.

“I did not ban this list of products but instead consultations had begun with ZNFU and various stakeholders on how to proceed with this request. But clearly we did not have the capacity to satisfy the market. That’s why we put this process on hold and continued with consultations.”

Siliya assured farmers that government, through her ministry, was determined to ensure that farmers had access to financing as well as reducing the cost of irrigation so that farmers did not only depend on rainfall farming.

“There is no point in a farmer tilling the land, yet they cannot sale their products. We want farmers to have access to the global market and begin to explore into regional markets. So as you do you discuss today, give us a roadmap on how to improve this sector.”

And Livestock and Fisheries Minister Michael Katambo said his ministry was geared to meet the interests of various stakeholders by engaging in continuous consultation and dialogue to reach a consensus on various issues where there were divergent views.

He said this in a speech read on his behalf by Livestock and Fisheries permanent Secretary David Shamulenge.

Meanwhile, ZNFU vice president Graham Rae asked government to increase the list of products to be banned from importation in order to give them access to market.

“Supermarket chains also need to duplicate the system of buying farm products to that of South Africa where supermarkets call farmers to supply them with products,” Rae said.
He also said there was need to generate a consensus between producers and retailers so as to promote local production.

Rae also called for government to strengthen its linkages to small scale farmers so as to promote competitiveness among local farmers. 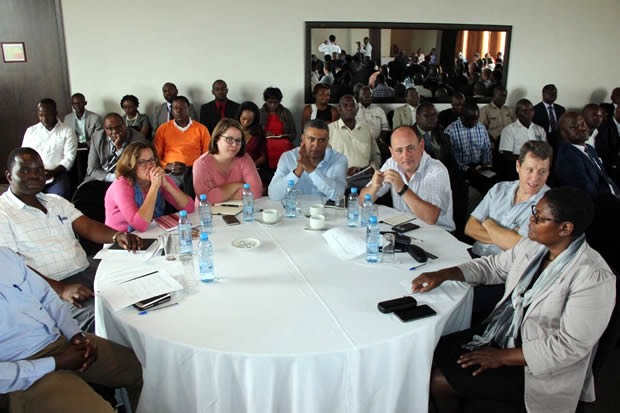 Zesco Utd has enough ammunition to punish Royal AM – Numba

A Welcome Message for Prof Luo: Possible Holistic Strategy for Transforming the Livestock Sub-sector in Zambia