Founders of nations, movements and organizations often serve as a source of inspiration to their heirs and succeeding generations long after they are gone. While these founders do not transform from “human into deity” their values, service and passion offer constant lessons, courage and guidance to future generations.

Zambia for instance, often looks to all its founders for lessons in self – sacrifice and service. Moreover to no other than 1st President Kenneth David Kaunda the nation has looked for the abiding lesson of unity in diversity expressed in the maxim “One Zambia, One Nation”.

Our neighbour, South Africa, has its icon in Nelson Mandela for the creation of a viable “Rainbow Nation” in which all races live together in harmony despite age – old wounds that were wrought by Apartheid.

Similarly, enduring companies such as Apple still draw inspiration for great design and innovation from the genius of their co – founder Steve Jobs. In like measure, though long gone Reverend Martin Luther King Jr still inspires issues surrounding Civil Rights in America. He was an inspiration for President Barack Obama too.

The abiding power of founders is thus an inspiration and as well as an anchor through the different times and marked changes that a nation, organization or movement can go through. For certain; change is constant. Without these icons, it is possible to drift off the path.

28th October, 2017 marks 3 years since the fateful passing of the founder of the Patriotic Front – President Michael Chilufya Sata. For the PF, it is a compelling remembrance of Zambia’s only opposition leader who founded a party, turned it into a mass movement owned by the “people” and defeated a seating Government. 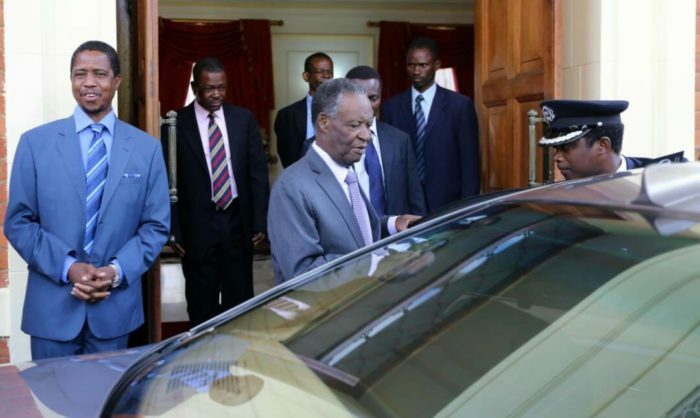 Victory at the polls is however not Michael Chilufya Sata’s chief legacy which holds and inspires the Patriotic Front to date. The Sata legacy is ultimately about patriotism and service to the nation with a passionate commitment to the plight of the poor. He formed the Patriotic Front as a movement for the ordinary person. There was no elitism. The PF was, is and will be a pro – poor party formed to bring development to the lives of many.

It was therefore, the “every day person” or regular “man” on the street that he had created the Party for who in turn exercised their “ownership rights” over the Party to choose Mr Sata’s successor. In droves, the masses successfully defended Mr Sata’s apparent successor by installing Edgar Chagwa Lungu as the Party’s president and 6th Republican President.

While he is his own man and born in a different generation, President Lungu is unequivocal in carrying out President Sata’s vision and agenda through the changing times. As a given, economic policies will always be subject to adaptation and re – alignment in line with the Fiscal and Monetary imperatives of the day.

However, the underlying values of the Patriotic Front such as patriotism, pragmatism, service and yes – forgiveness – are however still rooted in its founder Michael Sata. President Sata demonstrated that he could reconcile and work with political opponents. Late Willie Nsanda who insulted and attempted to beat him at Radio Ichengelo became his Campaign Manager and close disciple.

As a pragmatist he also entered into political alliances with both Anderson Mazoka and Hakainde Hichilema. He only abandoned the UPND pact when it yielded no fruit. In view of the infantile acrimony over whether a fragmented PF following Sata’s death should have entered into a pact with MMD in 2015 towards the presidential by – election, it is quite obvious that Michael Sata’s alliance building record would have supported the alliance. Having entered into a pact and MMD delivering crucial votes in Eastern Province and Mambwe – land in Northern Province, a “team of rivals” was inevitable. 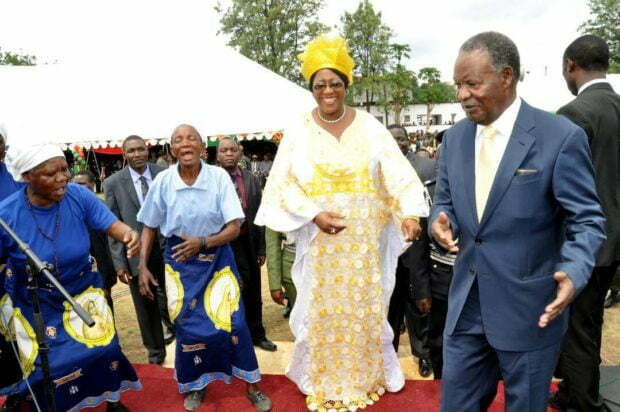 PF belongs to the people – regular people. As a people’s movement is owned by the grassroots, the masses. President Lungu is both the expression and embodiment of the will of the owners. PF survived the ill -health and painful passing of its founding father. It will survive more storms in future. In large part, this necessity of facilitating the organic existence and strategic continuity is the duty of its current leadership.

It can be asserted with some level of humble confidence that as the leaders of the Patriotic Front come and go as succession wrangles ebb and flow, the Boat may be rocked and sometimes drift hither and thither. The Boat however has millions of determined paddlers spread across all the parts of Zambia. They are still inspired by the builder of the Boat and will support the Captain of the day.

For the present and future, one Michael Chilufya Sata remains the inspiration of the Patriotic Front.

We join millions of Zambians in honouring the memory of President Michael Chilufya Sata.

If PF want me back, they would have to respect my principles – Wynter