By Sipilisiwe Ncube and Andrew Mwansa,

In the past few months, President Lungu’s Facebook page has been publishing false photographs showing progress on developmental project under the Patriotic Front government, when in fact the images were from other countries, downloaded from the internet. 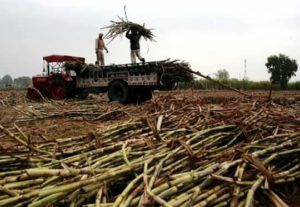 On March 3, 2020 President Lungu posted a photograph of workers in a sugarcane field with the caption that read: “I strongly believe that the private sector plays an important role in employment creation and driving innovation and inclusive development. To the private sector, join me as we jointly continue to work hard to positively transform Zambia now, and for generations to come. #BuildingZambia Together.”

But according to facts, the image was not from Zambia but from India published by a news outlet called Swarajya in November 2018 (https://swarajyamag.com/insta/india-to-become-sugar-bowl-of-the-world-expected-to-topple-brazil-as-worlds-largest-sugar-producer). 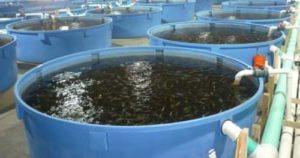 On July 4, 2020, President Lungu posted a modernised fish farm with a caption: “As I have previously said on this platform and elsewhere; my Government is not pursuing an ad-hoc development strategy, but we are implementing a people-centred Development Agenda… In view of the above, my Government through the Ministry of Fisheries and Livestock approved seven hundred and thirty-six (736) aquaculture business loan applications from Zambian citizens countrywide as at May 2020, valued at 118.3 Million Zambian Kwacha. This is in addition to the twelve (12) fish hatcheries and nurseries in all 10 provinces, which were approved in 2019 collectively valued at 20.7 Million Zambian Kwacha. I am passionate about developing a viable aquaculture subsector in Zambia because; it will create 4,366.”

Facts, however, reveals that this picture which was put on President Edgar Chagwa Lungu’s page on 4th July was again merely downloaded from the Internet by his media team. The image originated from Israel and it first surfaced on the Internet on December 26, 2010. It was was first posted by ISREAL21c, An American online magazine focused on technological and scientific advances made by Isreal researchers). The picture was lifted from an article titled “Raising fish in a desert” (https://www.israel21c.org/raising-fish-in-the-desert/). 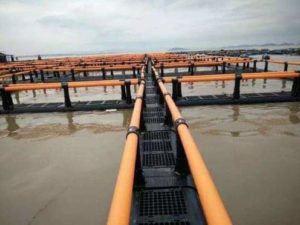 Fact checking results further revealed that the other image was first uploaded on 30th August 2018 by IBAN Aquafish Solutions and Consultancy Limited in shanghai China.

Much recently it was re-posted on 2nd July 2020 by the same page IBAN in a public group called University Of Guyana Faculty of Agriculture & Forestry as an advert to advertise fish farming consultancy.( Apparently these guys also used the exact picture from Israel which we had earlier investigated)

On Tuesday this week, President Lungu posted photographs of road rehabilitation works, claiming they were new images of ongoing road works on the Kafue-Mazabuka Road in Southern province.

“I am impressed with the progress report on the Kafue-Mazabuka Road earmarked for completion by October 2020. My Government was called all sorts of names because this road had been in a deplorable state for the many years. We listened and committed to work on it,” President Lungu stated

But the photo President Lungu used was an old reused images which had been published by various publications in Nigeria, Malawi and the United State of America from as far back as 2017.

After netizens fack-checked the images and proved them false, President Lungu removed the and issued a correction saying the image was erroneously attached.

“Yesterday (Tue), a wrong photo was erroneously attached together with the message below. Find the correct RDA images for the Kafue-Mazabuka Road works. Thank you,” Lungu stated.

In an interview yesterday, Chipampe, a former managing director of the state-owned Zambia Daily Mail said State House had noted the discrepancies.

Asked why there has been so much misinformation on the President’s page, Chipampe said the issue was internal and would be dealt with administratively.

Are these the advisors Lungu wants to go into an election year with?