Disputing accurate information should be a crime, just like spreading falsehood

Chief Government Spokesperson Dora Siliya says the story we published to the effect that diplomats abroad have not been paid their foreign service allowances from September to December 2019 is fake. We heard the Minister explain that government has put in place a liquidation plan to pay off the arrears, so we wondered what arrears she was referring to since our story was fake.

We are challenging the minister to tell the people of Zambia if this document we have published is fake. Let the Permanent Secretary at the Ministry of Foreign Affairs tell the nation if he never authored this memo explaining the lack of government funding and if this is not his signature.

This government has a habit of claiming falsehood whenever private media journalists expose them. They dispute accurate information and feed the public with false data. We are saying this should be a crime too, just like publishing false news. What is good for the goose should be good for the gander.

This government, and particularly this minister, is in the process of legislating a law to regulate the media. They want to decide which journalists to issue practicing licences to and which ones to muzzle. This is what they don’t want to see. That is why they have shelved the Access to Information Bill and given steroids to the media regulation Bill, which is now moving at lightning speed towards enactment. They don’t want journalists exposing what they do in government; they want to decide what news the public should hear.

Recently, the Ministry of Information announced that any news that will be published by media houses that won’t subscribe to the so-called “statutory self regulation” will be regarded as fake news. If News Diggers decided not to be a member of that oppressive body, our story about diplomats languishing abroad would have been trashed as fake news. But who is lying now? 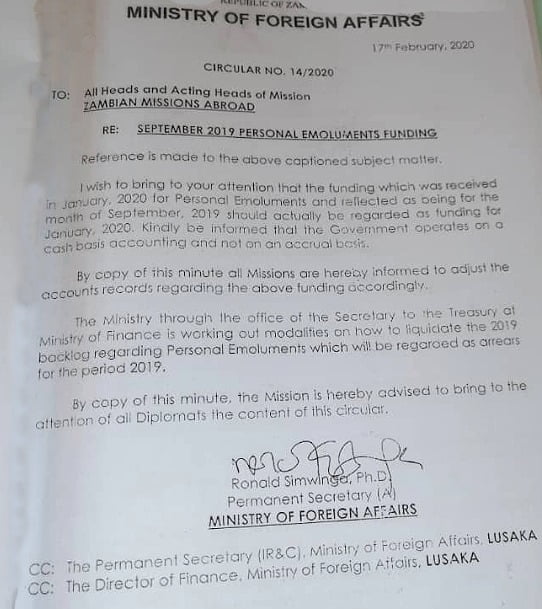 If we employ teachers who are above 45, they’ll soon retire – UPND

PF and UPND behind Fake News, not journalists

Shame, and pf sees nothing wrong and instead firing her she gets a pat on the back