Central Statistical Office Director of Census and Statistics John Kalumbi says youth unemployment in the first quarter of 2017 stood at 16.3 per cent.

And Kalumbi says the annual inflation rate for September 2017 has increased to 6.6 per cent from 6.3 percent recorded last month.

During the CSO monthly briefing today, Kalumbi said youth unemployment was estimated at 16.3 per cent.

He also revealed that unemployment stood at 11.9 per cent. 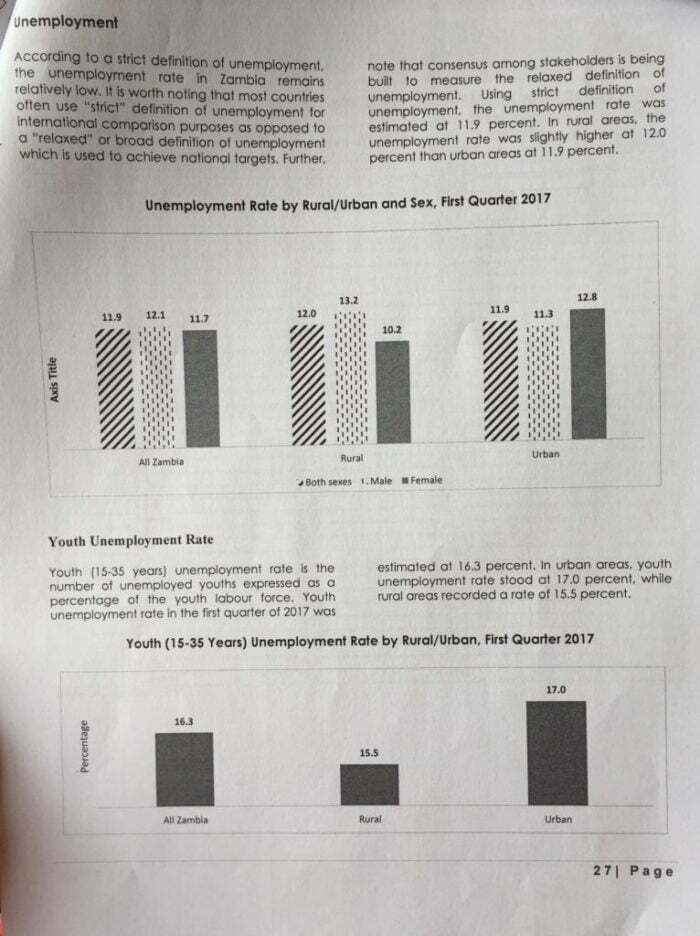 “58 per cent of the labour force were in urban areas and 42 per cent were in rural areas. It is worth noting that 40 per cent, about 2.1 million persons, were males and 60 per cent were females,” Kalumbi said.

And Kalumbi attributed the slight rise in inflation to the upward adjustment of electricity tariffs.

Kalumbi said that the price movements in Lusaka and Copperbelt provinces had the greatest influence on the overall annual rate of inflation.

Kalumbi further revealed that the country imported more in the month of August 2017 than it exported in nominal terms.

“In August 2017, Zambia recorded a trade deficit valued at K484.3 million from a trade surplus pf K410.6 million recorded in July 2017. This represents a 218.0 percent decrease in the trade balance. This means that the country imported more in August 2017 than it exported in nominal terms,” said Kalumbi.