During the service, UPND leader Hakainde Hichilema called for unity of purpose whilst Finance Minister Felix Mutati described Sikazwe as a true patriot.

“When the economy is poorly performing at a time such as this, no one is spared of its harsh result and so what we need to do is to put our heads together as leaders when the country’s economy is on its knees. We therefore, call for unity of purpose in families and our country in order to foster peace and economic development,” said Hichilema.

“We want to encourage all of you mourners to remain optmistic and when in times of sorrow, look to God while physically doing something about difficult times. To my departed brother, we say go well brother Sikazwe and to us still alive, we are challenged to even work harder for the better as our brother did when he served at various levels of his life.”

And Mutati described Sikazwe as a true patriot.

“My brother Sikazwe was a true patriot. Someone who worked for this country. He will be remembered for his dedication and contribution he made to this country,” said Sikazwe.

Outside the church, Hichilema approached Mutati, who was until the run-up to the 2016 elections a UPND sympathiser, and gave him a hearty embrace.

Hichilema later went to greet Justice Minister Given Lubinda and other government officials who were present.

Meanwhile, the UPND choir sang alongside the Mutati led MMD choir which was clad in former president Rupiah Bnada’s regalia.

He is survived by a wife and seven children. 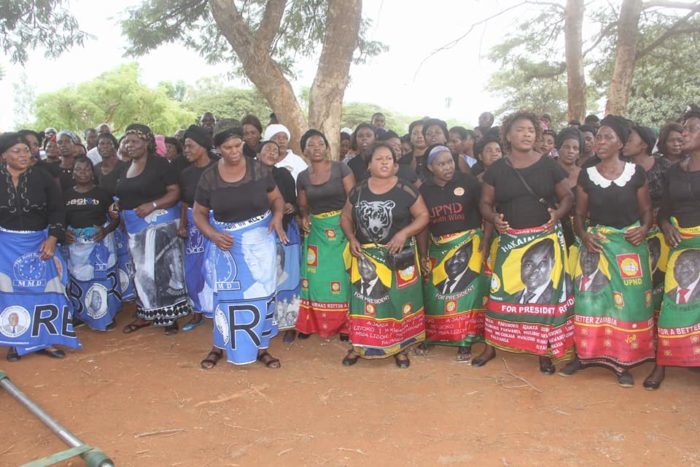 It’s an inside job; there’s no honour among thieves