Witnesses say the cause of the fire remains unknown, but that it started from one of the rooms yesterday evening and the fire brigade did not arrive on the scene early enough to intervene.

Chanda who is heard weeping in the background of the video has been on peace keeping mission in Sudan and only returned yesterday. 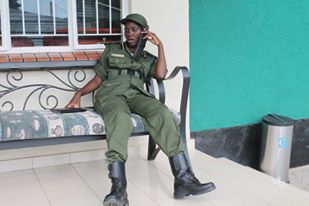 It is not clear whether she will resume her duties as spokesperson, taking over from Esther Mwaata Katongo who has been acting in her position.

ACC once froze our family business, we went to court and they lost – Amos