Police have bundled UPND leader Hakainde Hichilema into a van and are currently transporting him to Lilayi.

Police interrogated the opposition leader for about 40 minutes at Woodlands Police before deciding to transfer the matter to Lilayi Police.

HH’s lawyer Jack Mwiimbu says he has no idea why police decided to transfer the matter to Lilayi.
“I have no idea why they decided that but I can confirm that the reasons are sinister. I can’t say any more right now. I am in the police station,” said Mwiimbu. 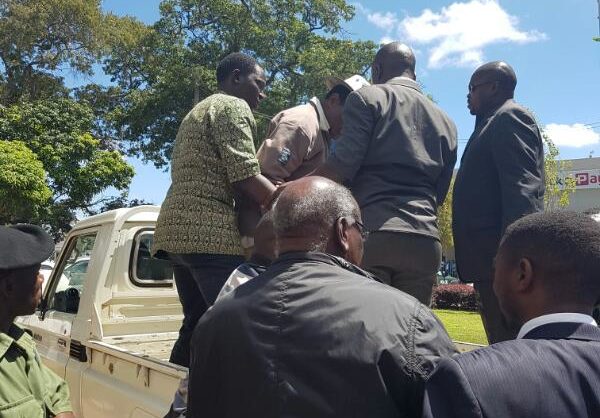 That’s not a truck, it’s a van land cruiser to be specific…

Prophecy has come to pass yagwila jele winangu. Lungu deserves respect if he can be given protected Presidential motor acade even other countries he has visited, who is HH to disturb I like his fake braveness. Amended chabe