Police surround court as UPND surge for a glimpse of HH

There is heavy police presence at the Lusaka Magistrates Court where UPND president Hakainde Hichilema is scheduled to appear for explanation of the charge of treason.

Several police vans loaded with heavily armed officers are parked at the court premises whilst other officers are lining the road leading to the court.

HH‘s wife Mutinta and other family members have already arrived at court.

Meanwhile, UPND cadres are arriving in small groups hoping to have a glimpse of HH.

There are small groups of about five to 15 people outside the court perimeter. 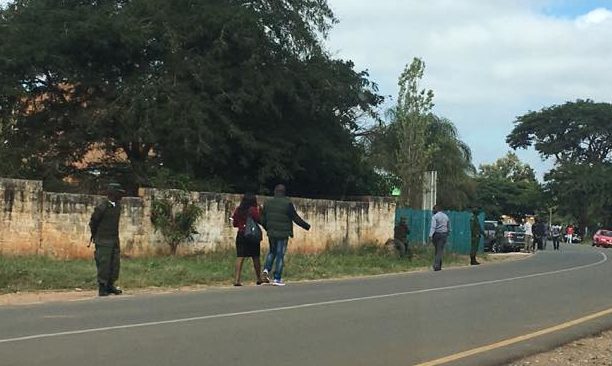