SPEAKER of the National Assembly Dr Patrick Matibini has ruled that the result for the vote on the Constitution of Zambia (Amendment) Bill Number 10 cannot be re-visited or revised and shall stand as recorded on the system on Thursday last week.

And Dr Matibini says contrary to Chifubu PF member of parliament Frank Ng’ambi’s assertion that his vote was not recorded due to a system failure, he and Mwansabombwe PF member of parliament Kabaso Kampampi’s failure to register their vote was because they did not press on the “present” key which would have activated the necessary options to enable them vote.

Meanwhile, Dr Matibini has urged members of parliament to acquaint themselves thoroughly with the voting procedure, and promptly alert the Presiding Officer, whenever they experience any challenges with the system.

He was ruling on a point of order raised by Chifubu Ng’ambi on Friday last week on whether the Records for the vote on Bill 10 which took place on October 29, would be amended to reflect that he voted in support of the bill.

Ng’ambi said this is because at the time of voting, there was a system failure which had resulted in him not being registered as being present for the vote.

“On October 29, 2020, the Constitution of Zambia (Amendment) Bill No. 10 of 2019 was presented on the Floor of this House. This Bill was meant to benefit the people of Zambia, as it was progressive. It was also meant to address the many challenges that they have been experiencing. One of the issues that came out yesterday is what we are experiencing today, which is that the communication system at the National Assembly keeps freezing from time to time. So, at the time of voting yesterday, my console froze and was unable to register my vote,” Ng’ambi said in his point of order.

“I supported the Bill and my name was supposed to appear among those who voted for it. However, my name did not appear, and I have publicly declared that it was my intention to support Bill No. 10 of 2019. Since the system failed me by not registering my presence and I am publicly declaring my support for Bill No. 10 of 2019, will the records at the National Assembly be changed so that I become number 106 among those who voted ‘yes’ yesterday (Thursday)?”

On the same day, the Speaker’s office also received letters of complaint from Mwansabombwe PF member of parliament Kabaso Kampampi and Ng’ambi on the same matter.

However, in his ruling, Dr Matibini explained that for a member to vote, they need to, first, log into the Bosch Communication system and thereafter, select the “present” key to signify their intention to vote.

He said where a member only logs into the system, but does not select the “present” key, they would not be able to vote as the system would capture the member as present for purposes of logging in and “not present” for the purpose of voting.

Dr Matibini said regarding Ng’ambi and Kabaso, the report indicated that the two successfully logged into the system for purposes of voting but did not select the “present” key, which would have activated the voting options.

“Hon Members, in his Point of Order, Dr Ng’ambi alleged that his vote could not be registered, because his console froze. However, investigations have revealed that if, indeed, his console froze, as alleged, he would not even have been able to log into the system, let alone, to press the “PRESENT” and “YES” options, as alleged in his letter of complaint. At any rate, if his console had indeed frozen, as alleged, he should have immediately alerted me, and I would have, in turn, instructed the ICT officers in the Chamber, to assist him forthwith. As a matter of fact an ICT specialist is positioned adjacent to me,” he said.

“In the premise, I have come to the conclusion that, on the material day, Dr Ng’ambi, MP, logged into the system as required. He, however, did not select the “present” key, which would have activated the necessary options to enable him vote. Therefore, contrary to his assertion that his vote was not recorded due to a system failure, Dr Ng’ambi’s failure to register his vote, was as a result of his own failure to press on “present,” and thereby register his intention to vote. And, subsequently, proceed to vote. It is self-evident that the same narrative relating to Dr Ngambi, applies to Mr K Kabaso, MP.”

Dr Matibini said the result for the vote on Bill 10 could not be re-visited or revised and shall stand, as recorded on the system.

“In view of the foregoing, the result for the vote on the Constitution of Zambia (Amendment) Bill cannot be re-visited or revised. And shall stand, as recorded on the system, as declared by me, on Thursday, 29 th October, 2020. Finally, I would like to seize this opportunity to urge Hon Members to acquaint themselves thoroughly, with the voting procedure, and promptly alert the Presiding Officer, whenever they experience any challenge(s) with the system,” said Dr Matibini.

PF Secretary General Davies Mwila has written to three PF members of parliament asking them to exculpate themselves for absenting themselves from voting for Constitution Amendment Bill number 10 of 2019.

In similar letters sent to all three, Mwila questioned why they decided not to vote when President Edgar Lungu directed that all MPs must vote for Bill 10 as it had progressive clauses.

Zondiwe has interest in writing political and current affairs on issues which affect every Zambian.Email: zondiwe [at] diggers [dot] news
MORE FROM AUTHOR
RELATED
CONTACT

HOW TO ACCESS POLICE BOND IN ZAMBIA: PRACTICE AND PROCEDURE

PF returns with Bill 10, as Sangwa urges MPs to reject it

It took them months to learn the voting process but sure Zambia….

For how long has Dr Matibini been a speaker of national assembly ? If the law you have been working with does not produce good fruits why not change the law to a progressive one I feel Bill 10 would have changed the face of this country 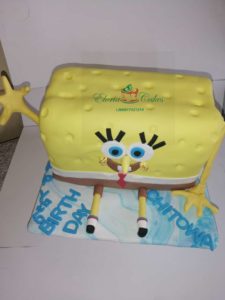