THE Zambian Under-20 national team has a ticket to the World Cup with a game to spare after they beat Mali 6-1 at the ongoing CAF U-20 Africa Cup in Lusaka, Zambia.

The second win of the tournament gave the junior Chipolopolo an unsalable six points in group A having beaten Guinea by 1-0 in the opening game, making Sunday’s game against Egypt a mere formality.

Mali gave the hosts a scare when they scored early in the 6th minute through Abdoul Karim Dante who headed in danger man Moussa Djenepo.

But the celebrations were short-lived after eventual man of the match Fashion Sakala equalised two minutes later with an easy tap-in after combining well with Patson Daka. 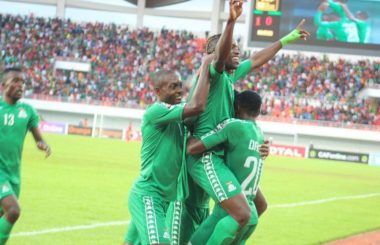 Zambia dominated proceedings and Portugal-based Emmanuel Banda thumped in the second goal on 25 minutes from outside the box to send Heroes stadium agog.

It was one way for Zambia from then on as Enock Mwepu increased the tally to three in the 38th minute to go into the break with the score board reading 3-1 in favour of the hosts.

On resumption, the junior Chipolopolo punished the poor Malians even further when Edward Chilufya scored a brace in quick succession in the 51st and 54th minutes before Sakala completed the rout with an absolute stunner in the 64th minute to bag his brace for the day.

Egypt are second in the group with two points after two draws against Mali in the first game and Guinea in the second; making the fight for second position in the final group games in a ‘winner takes all situation.’

Zambia now await three more teams to complete the semi-finals pack in the tournament which is also used as qualification criteria to the FIFA Youth World Cup to be staged South Korea this May.

The draws for the World Cup will take place on the 15th May.