DTA leader McHenry Venaani has written to the chairperson of the SADC Troika, John Magufuli, demanding that he intervene in the recent arrest of Zambian opposition leader Hakainde Hichilema on treason charges.

Hichilema was charged with treason for allegedly obstructing President Edgar Lungu’s motorcade on a road about two weeks ago.

It was reported that Hichilema’s convoy refused to give way to the presidential motorcade when it passed through the town of Mongu, about 500km west of Lusaka.

In Zambia, treason is punishable by a minimum jail term of 15 years and the maximum sentence is the death penalty.
No bail is granted in such cases.

“The current wave of politically motivated arrests of opposition party leaders and members in Zambia has culminated in the arbitrary arrest and detention of the leader of the official opposition in Zambia, Hakainde Hichilema, for what is at best a minor traffic violation that has creatively been dubbed ‘treason’,” said Venaani.

“It is deplorable for those in the region who fear political competition and opposition to use state machinery to victimise, criminalise and oppress opposition parties, their leaders and their members. SADC and Africa at large does not need reminding that it is actions such as these which have previously and continue to fuel political instability and conflict throughout Africa.”

Venaani asked Magufuli, who is the president of Tanzania, to intervene and “put to an end the politically motivated arrests and detention in Zambia”.

“I also call on the SADC Troika to ensure the immediate release of the UPND president, Hakainde Hichilema.” 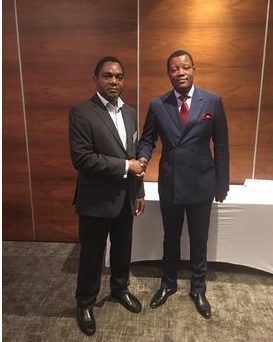 The current situation in Zambia is a result of the failure of the SADCC member states to live up to their collective responsibility in the region. Starting from the time President Lungu refused to step down to allow for the petition of the disputed Zambian elections the SADCC has surprisingly remained mute. If SADCC was responsible enough they should have intervened and acted in the manner that ECOAS acted to remove the dictator in the Gambia.