And the Financial Intelligence Centre has revealed that politicians were linked to reports of suspected corruption and theft amounting to over K3 billion related to public procurement contracts.

The Financial Intelligence Center is an institution which counters money laundering, terrorist financing and other financial crimes.

Presenting the 2016 trends report at Intercontinental Hotel today, FIC Director General Mary Tshula attributed the rise of STRs in the period under review to the 2016 general elections.

“As noted on the figure below, the month with the highest amount in terms of transactions was August, with a total of ZMW 269, 995,688. The second highest was July with a total amount ZMW 221, 272, 744. We note that this was the period in which the 2016 general elections were held. The high numbers of STRs in August could be attributed to the fact that there was a high volume of transactions during that period, which could most likely be linked to the general election campaign activities. We further observed that 50 per cent of the STRs received in the month of August involved large or unusual cash deposits,” Tshula said.

“We had a total of K K1, 119, 652, 804.00 in terms of quantifying all the Suspicious Transaction Reports that we received from January to December 2016. Before the rebasement of the Kwacha, we are talking of a trillion here that is spotted as being not clear, and we can see that there is something not right in the way businesses are being conducted.” 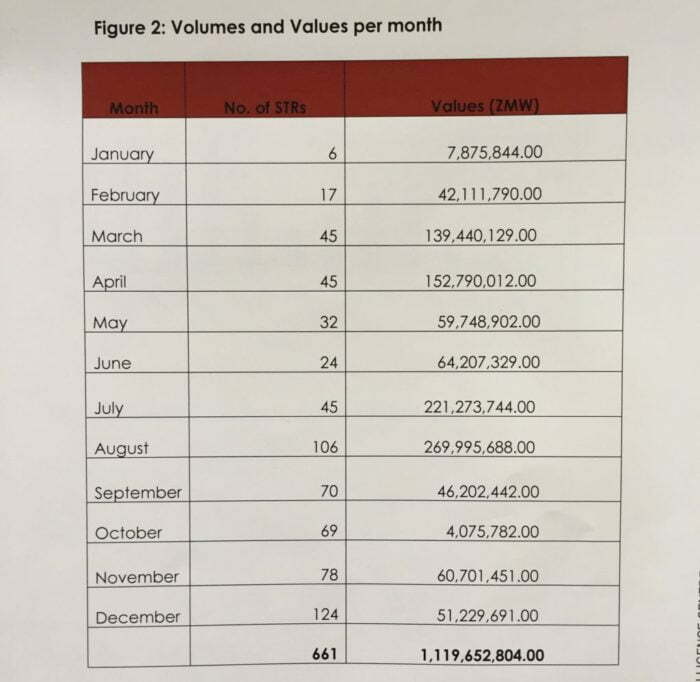 Tshula disclosed that a total of 719 suspicious transaction and spontaneous disclosure reports were received in 2016.

“In 2016, a total of 719 suspicious transaction and spontaneous disclosure reports were received by the Centre from various entities mandated to submit reports. There was six per cent decline in the number of reports received, compared to the previous year which recorded 767 reports. As observed in previous years, nearly all the STRs received in 2016 originated from the banking sector (92%). There were 661 Suspicious Transaction Reports (STRs) while 58 were spontaneous disclosure reports (SDRs),” said Tshula.

“As earlier noted, 58 spontaneous disclosure reports were received in 2016, on matters ranging from suspected corruption, fraud, human trafficking, tax evasion and money laundering. The table below shows the potential loss in Zambian Kwacha relating to the grounds of suspicion on which STRs and SDRs were raised.” 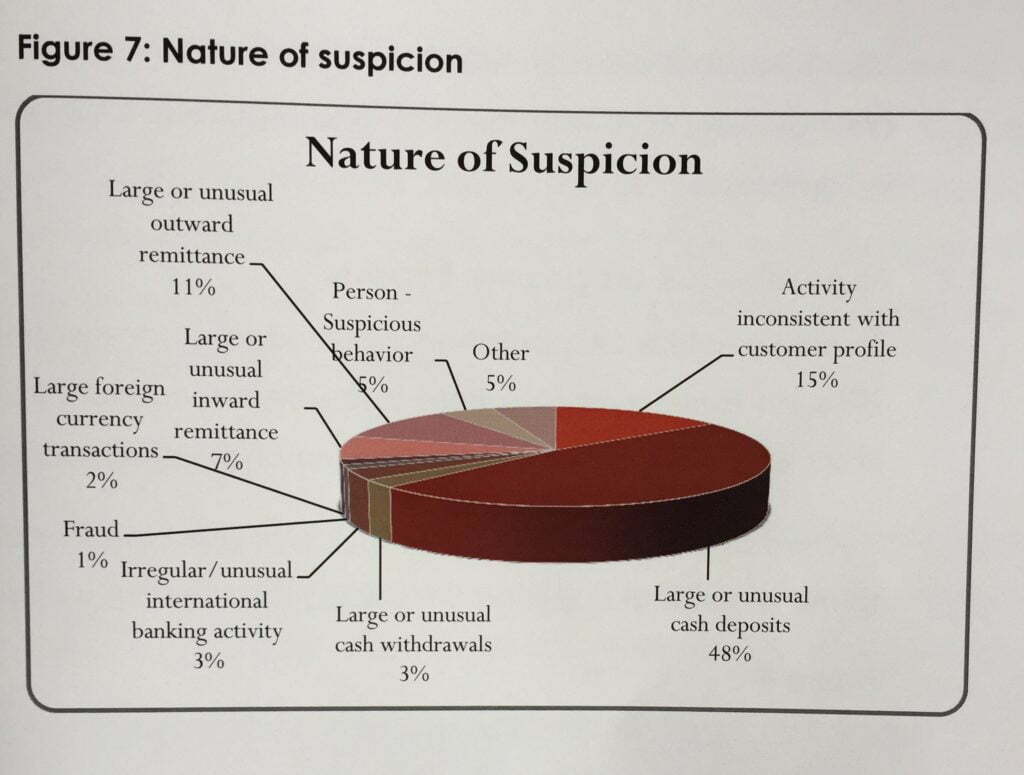 And according to the trends report, politicians were reported for suspected corruption in public procurement amounting to over K3 billion.

“Although the number of reports received on the grounds of suspected corruption only represented six per cent of the total number of reports received in 2016, the value of transactions was significantly high, and accounted for 76 per cent (over K3 billion) of the total value of cases analyzed. Cases of corruption continued to be linked to the public procurement contracts and were often perpetrated by Politically Exposed Persons (PEPs) or their associates,” read the report.

“We further noticed the use of proxies in business transactions and the avoidance of banking system through third party cash payments. This may point to the need to further designate more businesses as reporting entities for purposes of currency transaction reports. It may further point to the need for smart regulation in the use of cash in commerce. The Anti-Money Laundering Authority (AMLA) has taken interest in this matter and initiated a project on the use of cash in commerce. During the period under consideration, the centre noted with concern that some employees of competent authorities were providing private consultancy services, which could indicate a conflict of interest.” 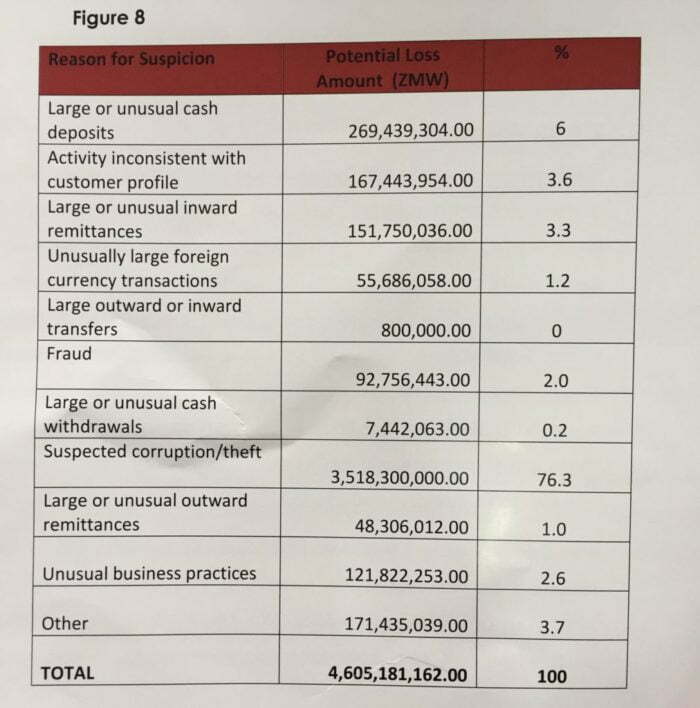 THIS COUNTRY IS AMAZINGLY CRAZY…WHY HAVING THESE BODIES LIKE ACC AND The Financial Intelligence Center WHEN THEY CAN ACTUALLY DO NOTHING APART FROM MAKING USELESS REPORTS ? WHY PAYING THEM SALARIES TO DO JOBS WITH NO OUTPUTS? REALY ZAMBIA IS FAILED NATION WHICH MUST BE RULED BY U.S.A BEFORE ITS TOO LATE. THE PF IS PRUNDERING THE NATION LIKE THIS AND NOTHING IS DONE..IMAGINE WHAT KANGANJI COULD HAVE DONE IF IT WAS THE OPPOSITION STEALING THESE MILLIONS ? SHAME ON US FOR TURNING IN NUMBERS TODAY CELEBRATING ON ROADS ZAMBIA UNDER 2O WIN WITHOUT POLICE PERMITS WHEN WE CANT REACT… Read more »

What a total wage of public money! This entity knows that there’s money laundering going on but has not arrested anybody or reported anybody to the ACC. So what is the point of its existence? Just to give tantalising statistics that mean nothing and with no consequences!