Fire has swept through Kapalala market in Masala township in Ndola destroying merchandise in over 3,000 shops.

The market has been reduced to ashes from an inferno that started between 01:00 and 02:00hours.

A combined team of fire fighters and the residents managed to put out the fire, but it was too late to salvage much.

According to Ndola mayor Amon Chisenga who visited the place in the early hours, over 3,000 stands have been destroyed.

The cause of the fire is yet to be established.

Meanwhile, Kabushi member of parliament Bowman Lusambo said the market was a place for thousands of people who depended on trading for the livelihoods.

“It is with a deep sense of concern that I announce that almost the entire Masala Kapalala Market in Masala Township. Skyways Ward in Kabushi Constituency has burnt to ashes destroying merchandise belonging to hundreds of Marketeers who depend on this market for their livelihoods,” Lusambo who is also Copperbelt minister said.

“Information gathered so far indicate that the fire started around 01:00 Hours. The cause of the fire has not yet been identified and the fire has since been put out by a brave team of fire fighters with the help of the local people. I would have visited the scene this morning but I am away in Lusaka attending to Cabinet duties but I wish to assure my people that I will visit the scene later today and empathise with the victims of this devastation.” 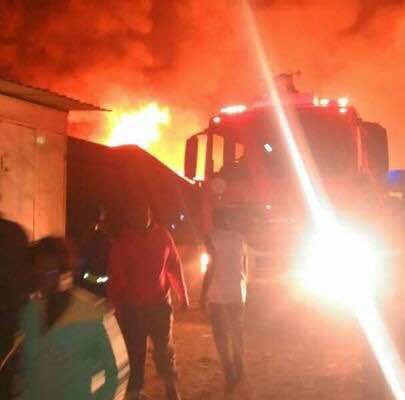 Expectations are high for Muzala at African Games – Matete

UPND adopts Noel Nkhoma for Luangeni, unveils over 120 others