“I AM not responsible for the debt crisis. I ran the economy very well under the difficult circumstances. I made my own contribution. I tried to prevent financial irresponsibility and so on,” says Mr Alexander Bwalya Chikwanda in reaction to a letter authored by his predecessors addressed to the President and the incumbent Minister of Finance on Zambia’s debt position.

Is the retired senior citizen being sincere? Is he now distancing himself from the excessive borrowing that Zambia was subjected to under his reign. As Minister of Finance, all the loans that the PF government procured between 2012 and 2016 have his signature. Therefore, it is our view that Mr Chikwanda cannot distance himself from Zambia’s current debt position.

This is a not a matter of speculation. We have taken time to collect data that shows how many loans this former minister procured in five years. Data shows us that he contracted a total debt of over US$9 billion. Our readers may also find the audio embedded at the bottom of this article interesting.

We are not financial experts, but we are here today with a detailed research that shows exactly the names of the lending institutions, purpose of the loans and the amounts that Mr Chikwanda borrowed on our behalf. 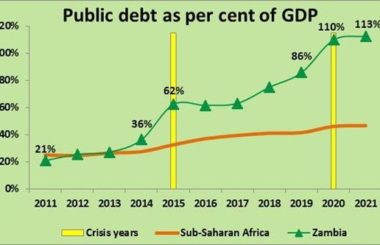 The cumulative total of money borrowed over the above five-year period under Mr Chikwanda is US$9.8 billion, and the former minister is welcome to point out which of the loans we have listed he did not sanction.

So now we ask our readers; is it fair for Mr Chikwanda to distance himself from all the above listed loans which he contracted on our behalf? The second question we need to ask is where did all this money go? People would be interested to know how money borrowed for Sesheke University was utilised.

How govt loans were used for PF campaigns

We have outlined all the official loans that Zambia contracted between 2012 and 2016. Our research data shows that during the period under review, the current Patriotic Front chairman for finance, Mr Alexander Bwalya Chikwanda, was responsible for contracting more than US$9 billion external debt on behalf of taxpayers.

We are saying, there is a very good reason why the incumbent Finance Minister Dr Bwalya Ng’andu must listen to his predecessors like Ng’andu Magande and Situmbeko Musokotwane. Our research went a little further to look at how much government borrowed under the two past ministers.

In 2007, under Magande, government contracted six loans amounting to US$140.2 million. In 2008, President Levy Mwanawasa died in the middle of the annual budget cycle, meaning we had a new finance minister taking over from Mr Magande to implement the remainder of the cycle from November 24, and thus Mr Musokotwane. Ministry of Finance data shows that in the whole of 2008 government procured five loans only, amounting to US$132 million. In 2009, Musokotwane contracted seven loans amounting to US$233.3 million.

We are not here to eulogise these former ministers who are advising government today. They, too,have their own skeletons in the closet. We have not forgotten how they contracted a US$53 million Chinese loan to buy helpless mobile hospitals. We have not forgotten how government under them procured 100 hearses from China, to escort taxpayers to the grave. But the debate today is about who is responsible for the reckless borrowing that has crashed Zambia in this debt mountain.

Our research shows that between 2007 and 2009 government borrowed US$0.5 billion under these two ministers whose advice is being described as nonsensical today. Compare and contrast that with how much Zambia borrowed in 2016 alone. How can we believe that a man who borrowed US$3 billion in one year tried to stop financial irresponsibility? We don’t mean to be rude to ba shikulu ba Chikwanda, but if this is not reckless borrowing, then he must tell us what is. To us, it does not make sense to claim that you pushed for fiscal discipline yet you went out to borrow more whenever the country ran out of money to waste.

The PF argues that there is nothing wrong with borrowing as long as it is for a good purpose, and we agree absolutely. But can they explain to the taxpayers of this country, what is the return on investment for all these loans? Can they show us how much profit we’ve generated from the Eurobond money invested in Zesco and Zambia Railways? We are saying it’s better NOT to borrow if you don’t have a profitable plan with the money, than to borrow and plunder the money through corruption, leaving substandard infrastructure for political expediency.

You claim to have built infrastructure, that’s okay. But your tax revenue base has not increased as a consequence of those loans you borrowed. You didn’t think about investing in the productive sector so that you use the profit to build infrastructure like police houses and roads. Now you have to pay back the loans plus interest from the same tax revenue sources as before. Does that make economic sense?

Look at the loans contracted in 2016. A whooping 24 loans, amounting to US$3.4 billion. Look at the 72 loans contracted between 2012 and 2016. How much of that money was spent on its intended purpose? We borrowed US$80.4 million from AfDB for the construction of Kazungula bridge and another US$36.7 million from JICA for the same purpose. But the news from Kazungula is that the contractor had to suspend work because Zambia was not paying its share of the cost. Where did the money go? We borrowed hundreds of millions of dollars for the Kariba North Bank, but Zesco is reducing in generation capacity instead of increasing. How many unemployed citizens benefitted from the hundreds of million borrowed under “Youth and Women” empowerment loans? 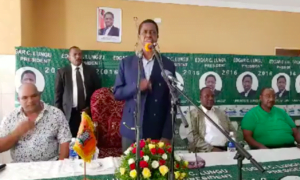 It goes without saying that this is the reason why the PF will never commit to an IMF programme, especially with the next election looming. This is why they don’t want parliamentary approval before borrowing. That’s the plan. If they don’t borrow, they will not have money for campaigns and they will lose in 2021. So expect more loans this year and next year.

Remember how the PF presidential candidate went round the country to launch fake investment projects in 2016, like the reopening of Mulungushi Textiles in Kabwe? That is the same way that they acquired loans that ended up as campaign expenditure for the ruling party. From our research data, one can tell that some of the loans that the PF government contracted in 2016 were for campaigns. Some of the projects mentioned in the loans never even took off, meaning the money was diverted towards unaccounted for expenditure.

We will end by reminding readers about this leaked audio recording from 2016, where a Finance Minister discusses cash transactions for campaigns with the secretary general of the ruling party.

Rewind and listen again until you form your own opinions about the source of the money which was being discussed here.

PF borrowed for consumption and corruption

Great article. This is how it ought to be. Shame the lairs with accurate data. I don’t think he is so too old to be losing his memory.

The devil or the spirit of death is much, much better and holy than the PF GOVERNMENT AND ITS PARTY.

How else can one discrbe this kind of borrowing and spending?

Really this is what Chishimba kambwili calls INSETIABLE APPETITE FOR BORROWING.

My heart is broken no mutwe wakalipa after reading this revelation.
Bushe is it so hard to tell the people of Zambia ukutila, Awe twafilwa we ‘re calling for elections so that others can can take over from where we have left.

Before HIPC loan forgiveness, Zambia was a classic basket case. The loans that we failed to repay in 2000s were a fraction of this humongous debt and now we are back to where we were in 2001. Since insanity is doing a task repeatedly in the same way while expecting different results, in future we should demand as citizens that those appointed to all ministerial and permanent secretary level together with those who appoint them MUST be subjected to rigorous test for schizophrenia to avoid this kind of a mess.

Zambian need to smell the coffee and wake up. It is irresponsible to continue on the road of borrowing and investing project than do not benefit the poor man on the street. The former Finance Minister is responsible for the borrow and cannot distance himself from the national debt. He was in charge on the finances of the country and as the evidence shows, his signature is on the loan agreement which legal binds Zambia to that debt. If he is now saying that he had no part, then it raises serious concerns about what he was doing and the… Read more »

First of all, the people who voted sata and pf are to blame for falling for his 90 days more money lies which were sold and approved by the post newspaper. Even though deep down fred membe new that sata was not fit to be President, for his own personal selfish reasons he wrote articles in his paper to paint mmd bad and sata and pf as saviours for the country. I myself didnt fall for this and i voted mmd because i knew that sata was not fit to be President. I didnt support rupiah banda for his corruption… Read more »