FRA should buy maize at K200 this year – SAFADA

On Wednesday, FRA announced that this year’s crop marketing season would commence on June 1 and close on October 31, subject to market dynamics.

And in an interview, Moobwe said due to the anticipated food deficit and the hike in fertiliser prices, FRA should consider buying a 50Kg bag of maize at K200.

“Let it be higher than the briefcase buyers. We suggest that probably if they can consider a farmer to be happy, I think the best price is K200 per 50 kg. They add just a K50 because previously FRA bought at K150. Now considering what is happening now, we are expecting fertilizer prices to shoot anytime from now. Already it’s about 600, 700, by December it will be 1000. I agree with IAPRI and the other organisations that are predicting or probably talking about food deficit in Africa and Zambia in particular,” he said.

“Of course, we are going to face that [deficit] but not very hard. We had some rains after some time and that gave some farmers hope to produce enough for the country, for household food security and also national food security. But the only worry is that if the government is going to allow export then probably we can be in problems, not knowing how much we have in stock now, the previous grain and what we anticipate to harvest in the next marketing season.”

“I think that is a very good suggestion, it’s a good move. I think for the first time I am sure FRA will start early because normally they start somewhere July- August. So I am happy that FRA is responding. As SAFADA we requested that government should ensure that farmers are informed on time when the FRA can start buying maize. And also it is a question of the price, they are not talking about the price. They are talking about starting buying, but at what price? That should come out clearly so that we know where we are standing as farmers,” said Moobwe.

That is the truth 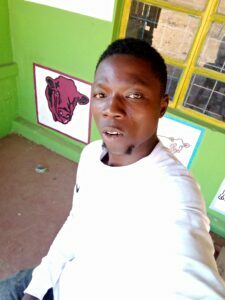