THE Anti-Corruption Commission has arrested Health Minister Dr Chitalu Chilufya and charged him with four counts of possessing property suspected to be proceeds of crime.

At a media briefing today, ACC corporate affairs officer Jonathan Siame said the minister had since been released on police bond in his own recognisance and would appear in the Lusaka Magistrates’ Court on July 9.

“The Anti-Corruption Commission has today arrested Minister of Health Dr Chitalu Chilufya. Dr Chilutya 47, of H/n 4 Robert Kennedy Close, off Brentwood Avenue, in Lusaka, was arrested today and has been charged with four counts of possession of property reasonably suspected of being proceeds of crime contrary to section 71 subsection 1 of the Forfeiture of Proceeds of Crime Act No 19 of 2010,” said Siame.

“His arrest follows investigations that the commission has been conducting against the minister in relation to these allegations that I have just talked about. So, he has since been released on bond and this is in his own recognizance and is expected to appear before the magistrate court in Lusaka on 9th July 2020.”

Well the President can now release the Minister from duty so that he attends to court proceedings. This is the right and descent way to deal with this matter.

Where is Brentwood avenue ?

It is so shameful that as Africa we don’t have credible leaders. It is all about primitive accumulation of unnecessary worth at the expense of the poor majority. These guys they don’t even show any remorse at all! It stinks.

The most honourable thing my young brother Dr Chilufya Chitalu should do is to resign on moral ground. The PF of King Cobra was straight, recall Mr Masumba MP and Deputy minister then? He was relieved of his duties as the courys were doing their job.
#resign 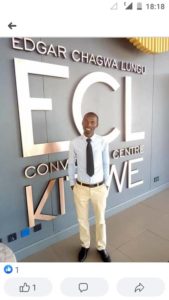 Imagine I am medical personal and graduated in 2018 but up to now, I am just sitting at home doing nothing but our leaders are busy stealing money and buying experience houses and cars ……. Yet we are rotting in society. Spending all the years in school and yet nothing to show for it. The health sector now it’s all about nurses now….and no consideration of other professions.. shame. 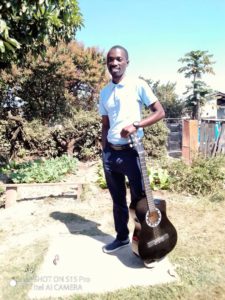 Shame. We ve got to find a way of holding these leaders accountable. Because of bad leadership, Africa is simply a laughing stock! 3400 promised, made a you turn and yet could not even address the nation on such a change. To those who heard, they all assume the current sitting is working but we know. We know the truth.