WITH the spirit of love and care for the less privileged in society, IK Charitable Trust has continued to improve the lives of vulnerable people. As the saying goes, it takes love to stretch out your hands to help someone who has nothing and it also takes compassion to reach out to the poor in society.

Many people are living in abject poverty and lack the basic necessities of life such as access to proper education and educational support, healthy food, proper health care, clean and safe drinking water, etc.

IK Charitable Trust has continued fulfilling its promises of uplifting the welfare of the less privileged in society by providing quality health care and proper educational support programmes in rural and urban areas of Zambia.

IK Charitable Trust, in conjunction with Lolelunga Game Ranch, took a trip to the remotest parts of Kasempa district in North-Western Province to try and uplift the lives of the less privileged by providing health care and proper educational materials.

IK and Lolelunga Game Ranch made their first donation of books, school chairs, shoes for pupils, mealie meal, teaching aids as well as clothes at Kamakechi Primary School which has a total of 416 pupils. This School only has 30 desks, two toilets which are shared with teachers, and dilapidated two-by-three classroom structures.

A check in one of the classrooms found pupils sitting on the floor while others were sitting on chairs they brought from home. Another check in a grade five class found a headteacher conducting a lesson in a class without a single desk.

The headteacher, Benjamin Atanasi explained to this reporter that the school was unable to provide desks and other teaching materials as it had no capacity to do so.

“We have a big challenge here at Kamakechi school as you have seen for yourself. This whole school has a population of 416 pupils and we only have 30 desks. We have tried to ask those who have chairs at their homes to come with them, but as you know this is a typical village and there are those pupils who have no chairs, so they just sit on the floor. We want to thank IK Charitable Trust and Lolelunga game ranch for the gesture by providing chairs, shoes, books and food for the pupils because we believe this donation has and will motivate our pupils,” he said.

Kamachechi Health Centre only has two wards, a maternity ward and another ward used for both male and female patients. It also has no hospital beds, wheelchairs or furniture for the nurses.

This health centre is manned by untrained nurse Jeddy Ndamikwa who could not hide his joy after receiving some food hampers, hospital beds, chairs and clothes which are to be distributed to the sick. He said the donation came at the right time when the clinic was in need of such facilities.

“It is a sorry story if you are to see how we handle our patients. When they come, they sleep on the floor because we didn’t have beds. We sit on blocks when we want to write. Some patients come from very far and so as a clinic sometimes we need to provide food. But with this donation from IK Trust, I am very happy because it has come at the right time. We want to sincerely thank the IK and Lolelunga game ranch for this donation. As the community here in Kamakechi, we shall always be grateful for this gesture,” he said. 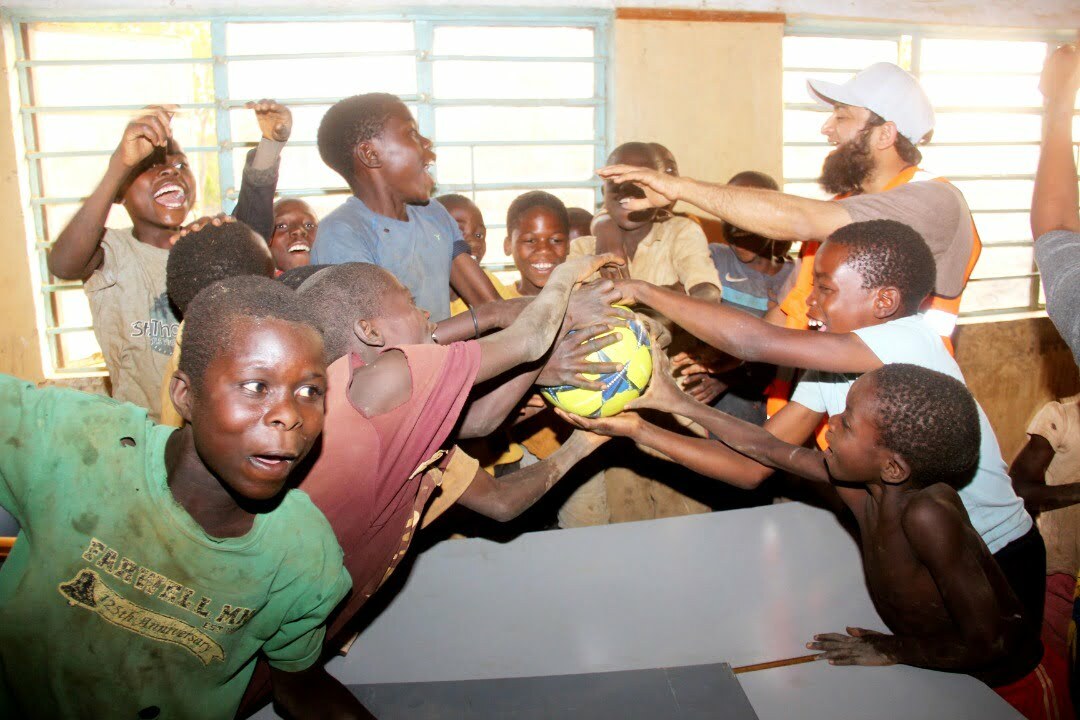 Kanongo Primary school which is a co-boarding school has a total of 728 pupils but with only four classrooms and two small houses which act as boarding houses for pupils coming from far places.

A check at one of the boarding houses revealed that pupils sleep on sacks and cook using firewood.

A grade nine pupil, Amos Muyenga said life was hard in the area, leading to a number of his colleagues dropping out of school as they failed to adapt to the environment.

“I am in boarding with my three young ones. We are here because we want to finish school. Life here is hard and a lot of my friends have stopped schooling because they are not happy staying like this. We sleep on the floor. For me, we came with one single mattress which I share with my three young ones. We cook on firewood and studying at night is difficult because we do not have electricity here. We don’t have solar panels here. So sometimes we use this same fire when we are studying,” he narrates.

The situation at Kanongo health centre was not different from that at Kamachechi. This centre only has one trained male nurse who also acts as a midwife. The centre has no solar panels making it difficult for Musonda Mumbonto to attend to patients at night.

He explains that sometimes he uses his phone when attending to patients at night.

“We have many challenges here. I am the only worker here and this facility has no electricity. No solar. Sometimes when a patient comes in the night, I use my phone. Now a situation where you are in a maternity ward and you have to attend to a person giving birth, then my phone goes off…it makes my work extremely difficult. With the coming in of IK Charitable Trust and Lolelunga game ranch, I believe our situation will change. We have seen what they have brought for us so far. We have received beds, chairs, food for the sick, clothes, shoes and even uniforms, which is a very good thing. We are happy and we pray that even other organisations can come in and emulate what IK is doing in order to uplift the lives of people in remote areas like here,” he said.

And speaking after the two days of carrying out donations, Lolelunga game ranch manager Emily Cromhoat said she believes the donation made in schools would motivate pupils to continue learning.

“This is the remote part of Zambia and so pupils need to be motivated and one way of doing this is by providing them with proper learning materials and also by making the learning environment friendly for them. We are happy that we have managed to put a smile on that child who needed shoes and that patient who needed food while being attended to. Ours is to ensure that we uplift the lives of the privileged people in our society. As IK and Lolelunga game ranch, we are so happy that we are doing this for the people who need this help. We have many schools and health centres who need our help and we shall continue to share the little donations always,” she said.

“As IK Charitable Trust, we are here in the remote area of Kasempa to donate various items to the less privileged because we believe in uplifting the welfare of the poor and vulnerable people in the society. We believe in sharing the little we have with those that have nothing and we believe that through this sharing, we give hope to the hopeless. Many people are living in abject poverty with no one to do anything for them. They lack access to clean and safe drinking water, they lack proper shelter and healthy food, they lack access to quality and sound education, they lack access to proper health care etc. It is, therefore, our moral obligation to look into the welfare of such people and help them have a sense of dignity and the feeling of belongingness to society. We can only achieve development in our societies by helping the poor people, showing them that there is a brighter tomorrow, thus imparting a sense of hope in their hearts and creating a desire in them to stand and do something to improve their lives,” he said.

Khanat took time to encourage pupils from the five schools to prioritize education if they wanted to have a better future.

“Pupils, I want you to have a better future because you are the ones who will change this society. Pay attention to education. Study always so that you change the story of this place. Don’t involve yourselves in early marriage. Don’t drop out of school. Be good. Do your best and remember that, Allah will always help you to excel,” he said.

Among the items donated were wheelchairs, assorted clothes, shoes, boxes of school supplies and school bags, sports equipment and crutches.

It’s sad that the vulnerable have been forgotten – Gary

MASHA-ALLAH….MAY ALLAH SWT ACCEPT YOUR EFFORTS WITH IKHLAAS AND REWARD YOU ABUNDANTLY IN THIS WORLD AND THE AAKHERAH IN-SHAA-ALLAH…..