We’ll use all our resources to save Pamela – IG

INSPECTOR General of Police Lemmy Kajoba says the Zambia Police Service will use all its resources to secure a possible safe release of mobile money agent Pamela Chisumpa from her alleged abductors.

And Kajoba says investigations have revealed that on April 15, Chisumpa’s boyfriend received a call from the victim’s phone, demanding a ransom of K15,000 for her release.

Meanwhile, Police spokesperson Rae Hamoonga has cautioned mobile money operators to be security conscious and only conduct transactions inside their booths.

A video has gone viral on social media in which a young woman is seen being continuously hit with a metal rod as she begs her family to immediately send money to the said abductors, or she would be killed.

In a statement, Tuesday, Kajoba said the victim’s sister reported that on April 13, around 14:00 hours, the victim was at her Airtel booth at Shoprite trading area along Cairo road when two men went to her booth and pretended to be customers.

He stated that the two men were later seen moving with the victim across Cairo road, which was the last time she was seen.

“The Zambia Police Service wishes to inform the general public that we are actively investigating the matter involving a mobile money agent Pamela Chisumpa aged 22 which was initially reported to the police on April 16, 2022 as a missing person by her sister. She stated that on the material date April 13, 2022 at about 14:00 hours at Shoprite trading area along Cairo road, the victim was at her Airtel booth when two male persons went to her booth and pretended to be customers wanting to transact money. Later on the duo was seen moving with her across Cairo road and that was the last time she was seen. Investigations instituted so far are indicating that on April 15, 2022 the boyfriend received a call from the victim’s phone demanding for a ransom of K15,000=00 for her release,” he said.

“We would like to inform the public that this type of crime is alien to our country. The Zambia Police takes protection of women against any form of crime very seriously and we have put in all our resources and are working with other collaborating partners to secure a possible safe release from the alleged abductors. We are calling on the general citizenry to fully cooperate with us as we work round the clock to have her released from the alleged abductors.”

And in an interview earlier, Hamoonga cautioned mobile money operators to be security conscious and only conduct transactions inside their booths.

“As police, we are in charge of security. But also the way you conduct yourself as a person has an effect on security. As police, we are in charge of security for the public but even how a person conducts themselves calls for a personal introspection. For instance, if you are a mobile booth operator and a client asks you to make a transaction by following them to their motor vehicle, definitely, you are endangering your life. That is why there are those booths. It means transactions have to be done while you are in the booth. We have had cases where we have reported that somebody comes to transact and they ask the operator if they have such an amount of money. He then says deposit in my phone and then that person runs away. So there should be personal security,” said Hamoonga.

“Just like in the bank, they take precautions before receiving or giving money. So even in the mobile booth, operators should adopt standard procedures. When somebody is transacting money, you do not have to leave your booth and go into their motor vehicle. If you enter their vehicle, they can definitely abduct you or even steal your money. So mobile money agents need to adopt standard procedures because they deal with money. They need to ensure that when they are transacting, they follow the laid down procedures.”

Meanwhile, various people including Munali losing independent candidate Lillian Mutambo and Petauke Central independent member of parliament Emmanuel Jay Jay Banda have taken interest in the matter while volunteering to pay the money being demanded by the unknown criminals.

Mwenya Mofya is a reporter with vast experience in radio broadcasting. She loves advocating for child and women's rights. Email: mwenya [at] diggers [dot] news
MORE FROM AUTHOR
RELATED
CONTACT

The Sweet Life of a Cadre: How Markets and Bus Station Revenue Funds Political Hooligans 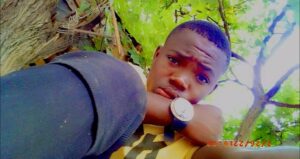 God will have mercy on her

Mother Zambia,is our children,our lives safe? Zambia is a Christian nation,why should human beings be treated like animals.Goverment should seriously look into this matter.The problem is Zambian we welcome a lot of foreghners,some they don’t even have paper,they are the ones who are coming with such behaviors.look in to this matter,this is so disturbing.

This kidnapping reveals the need to change police training and also the need to equip police with helicopters and drones.